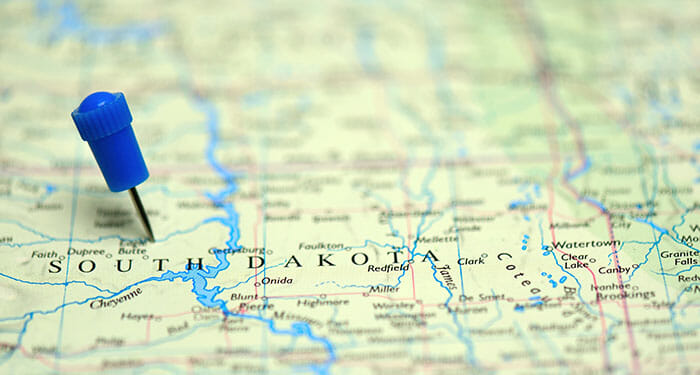 Setting strict limits on the rights of divorcing spouses turns the race between leading jurisdictions into a photo finish. Will other states stretch to close the gap?

Sioux Falls is now a center of the national trust industry. Here’s why.

The latest salvo in the trust wars is now ready for signing and top estate planners throughout the nation are already betting on how it will shift the industry landscape.

At first glance, SD House Bill 1056 amounts to 6,800 words of boilerplate under the innocuous title “An Act To Revise Various Trust and Trust Company Provisions.”

But buried in the text is a little bombshell that’s got email boxes around the asset protection community lighting up from Delaware to Nevada and beyond.

“This keeps South Dakota ahead of the curve and provides the changes to keep South Dakota the top place in the nation to situs trusts or form trust companies,” says Sioux Falls attorney Terry Prendergast.

The list of creditor exceptions in the state now includes the ex-spouse and kids only to the extent to which the trust creator already owes them money – otherwise, the special carve-out that once gave them the power to make future claims is gone.

In effect, unless there’s already an outstanding alimony, child support or property division issue on the table, a trust administrated out of South Dakota is now as secure from an ex-spouse as anyone else.

It seems like a minor loophole to close, but in the cutthroat game of which state can tempt the most assets from across their borders, the tiniest margins separate the leaders from the losers.

As a result, when wealthy families set up a trust, their choice of where to create it and who to work with resolves to situational details and, really, intangibles.

Previously, the lack of a spousal exception was Nevada’s unique ace in the hole.

Now noted jurisdiction watchdog – and Nevada-based attorney – Steve Oshins himself says the gap separating his state from the rest has narrowed.

“Not quite, but much, much closer,” he says.

Will other jurisdictions strike back?

South Dakota’s elite trust task force worked for months to earn that recognition as part of their ongoing efforts to keep the state at or near the top.

“The trust laws are business friendly and trust friendly and are updated yearly,” says Paul Christen of the Christen Group, who sits on the council.

“I think that’s one reason many consider us No. 1 and business is booming.”

The new rule may not be a perfect match for Nevada’s blanket protection from spousal claims, but as Jocelyn Margolin Borowsky of Delaware-oriented firm Duane Morris has argued, this was always more of a theoretical distinction anyway.

“From a practical standpoint, we’ve never come across a situation in which a client was proposing to create a DAPT with the objective of shirking a child support obligation,” she points out.

“Clients who have the means to create a DAPT simply do not wish to be incarcerated when the trustee of a DAPT could make a distribution in payment of a child support obligation.”

In fact, Borowsky has flat-out stated that overcoming the spousal exception “is not important to clients.”

Trust industry leaders in jurisdictions like New Hampshire have echoed those sentiments to me in the past in an effort to cast their states as family-friendly places where ex-wives and kids can’t be denied their share of the wealth.

Meanwhile, other states have developed their own approaches to family obligations.

Delaware, for example, has taken care to define “spouse” to the trust beneficiary’s advantage. Alaska will only force trustees to pay child support if the beneficiary is 30 days late on his payments.

And several states, including most recently Ohio, prevent divorced spouses from any access to assets placed in trust before the marriage, arguing that wealth was never marital property to begin with.

They’ll have to beat whatever new developments are cooking up in Sioux Falls and Pierre.

Pete Randazzo of Citi Trust says the South Dakota task force has the full support of Governor Daugaard and is confident that more modifications to the statutes will help the state “secure its number one position” as “best trust jurisdiction in the U.S.”

Don’t confuse the sizzle with the steak

Ultimately, the impact of South Dakota’s move may be theoretical at best for most clients, but that’s exactly the kind of fine distinction that separates truly high-end asset protection lawyers – and the jurisdictions they favor — from the rest.

For the everyday run of wealthy family looking to protect their assets from most creditors as fast as possible, more basic considerations come first, like the length of time that assets have to “season” in trust before being protected.

On that basis, Nevada and South Dakota are neck and neck with a two-year window between when the check clears and when the protection kicks in.

Delaware, Alaska, New Hampshire and other states lag with a four-year seasoning period, which may be too long for your clients to hold their breath before they can relax knowing that nuisance lawsuits – or serious ones, for that matter – can’t get into their trust funds.

If that matters, it’s practically a two-horse race now between Nevada and South Dakota unless your clients are already scheming to default on their spousal obligations.

And in that case, you’ve probably got much bigger things on your mind.

Trust officers on the ground aren’t letting that bother them in any event.

“We feel South Dakota is truly the leader in innovation when it comes to trust and estate planning laws, rules, regulations and techniques,” says Jeb Clarkson, senior trust officer at Pioneer Bank & Trust.

Below are two excellent pieces produced by the Federal Reserve that discuss the reasons why South Dakota has ascended to become one of the best trust jurisdictions in the nation.  In addition, attached is a great companion piece that methodically and objectively compares  trust jurisdictions across the country. END_OF_DOCUMENT_TOKEN_TO_BE_REPLACED

On January 6-9, David Warren (President and CEO of Bridgeford Trust Company) will be speaking at the 33rd Annual Prime Global Tax Conference in Newport Coast, CA. David will be speaking on “ESTATE TAX UPDATE: DOES TRUST SITUS MATTER?”

This fun and high-intensity gathering is full of networking, roundtables, and informational sessions on a variety of current tax issues and practices. Highlights include a “Best Tax Planning Ideas” contest and session, regular updates on federal and international tax laws, and some of the best golf outings you’ll find anywhere. END_OF_DOCUMENT_TOKEN_TO_BE_REPLACED

We are proud to announce two upcoming speaking engagements for David Warren (President and CEO of Bridgeford Trust Company)!

David Warren, President and CEO of Bridgeford Trust Company teamed up with Dan Matarrese, Manager of McKonly & Asbury LLP for a webinar entitled Trust Us – Utilizing Trusts in Your Wealth Planning Efforts!

David discussed trust planning, scenarios where trusts can and should be used, various types of trusts, and even some specifics regarding the formation of trusts.

For more information on this topic or to submit a question for David, use our contact page at https://www.bridgefordadvisors.com/contact. END_OF_DOCUMENT_TOKEN_TO_BE_REPLACED

September 24, 2012/by mauser
https://www.bridgefordadvisors.com/wp-content/uploads/2019/07/Bridgeford-Advisors-shine-300w.png 0 0 mauser https://www.bridgefordadvisors.com/wp-content/uploads/2019/07/Bridgeford-Advisors-shine-300w.png mauser2012-09-24 17:49:152018-07-23 16:21:44David Warren of Bridgeford Trust Company Speaks on “Utilizing Trusts in Your Wealth Planning Efforts”
Scroll to top
You are now leaving Bridgeford Advisors, Inc. website and are being redirected to a website that is external to and independent of Bridgeford Advisors, Inc.
Continue